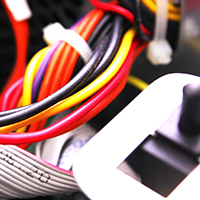 The presiding officer has decided to retire in 5 years and to acquire his successor from outside. His succession plan was to hire pre-executive level person early enough and to give thorough training to develop him/her to be ready to lead the company as the head of Japan.
This was a highly confidential project, therefore, Genius has paid extreme caution in researching candidates.

First we have focused on candidates in the field of precision machinery industry, but due to the guild like culture of the industry, it was difficult to persuade our candidates to switch careers within the same field. With that in mind, we have extended our search target to candidates in similar fields including candidates employed in subsidiaries and persons posted overseas. We have tried to explore candidates who are more open minded with new careers.

As a result, we were able to recruit a qualified candidate who works for an overseas subsidiary of a Japanese major company. He is a flexible self-starter with an entrepreneurial mind who was rather attracted to the idea of being the head of an organization than was hesitated to move to a smaller-size company.
With a thorough understanding of our client’s need, we have also successfully placed an excellent candidate as their Chief Technology Officer as a by-product of this recruitment process.

After her experience at Bank of America and UBS (formally known as UBS Phillips and Drew) Research group both in Tokyo, she received her master`s degree at University of California, Los Angeles in 1990. She joined McKinsey & Company Tokyo Office and served clients in the area of healthcare and finance, as well as assisting foreign affiliated companies in Japan with their Japan entry strategies and product market strategies.
After Yamaguchi transferred to McKinsey’s Duesseldorf Office in 1996, she became a member of European Healthcare Practice, focusing on practice knowledge management and research.
After returning to Japan in 2002, Yamaguchi joined a start-up boutique consulting firm focusing on healthcare as a co-founder. In 2006 she established its US branch in Silicon Valley, further accelerating the business until 2010 when she came back to Japan and assumed a role as the head of business management/planning to help organize the internal structure of the company.
In August 2012, Yamaguchi joined Genius as a Senior Consultant.

Project to recruit manager-class consultant in the healthcare sector

Status The client is consulting arm of a large well-known international auditing firm. Compared with the parent's size and history, the client i […]

Status The client was international machinery manufacturer rapidly increasing its share in recent years and becoming the world leading firm.     […]

Status Japan is the most important market among its worldwide network in terms of the next generation product development, and there was an urgent […]

Status Client had just launched business in Japan and was in the midst of structuring organization. Acquiring HR was so far successful for the cli […]

Status The presiding officer has decided to retire in 5 years and to acquire his successor from outside. His succession plan was to hire pre-executiv […]