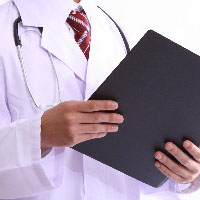 After her experience at Bank of America and UBS (formally known as UBS Phillips and Drew) Research group both in Tokyo, she received her master`s degree at University of California, Los Angeles in 1990. She joined McKinsey &amp; Company Tokyo Office and served clients in the area of healthcare and finance, as well as assisting foreign affiliated companies in Japan with their Japan entry strategies and product market strategies.
After Yamaguchi transferred to McKinsey’s Duesseldorf Office in 1996, she became a member of European Healthcare Practice, focusing on practice knowledge management and research.
After returning to Japan in 2002, Yamaguchi joined a start-up boutique consulting firm focusing on healthcare as a co-founder. In 2006 she established its US branch in Silicon Valley, further accelerating the business until 2010 when she came back to Japan and assumed a role as the head of business management/planning to help organize the internal structure of the company.
In August 2012, Yamaguchi joined Genius as a Senior Consultant.